Tweak says, "What's that you said to me?" 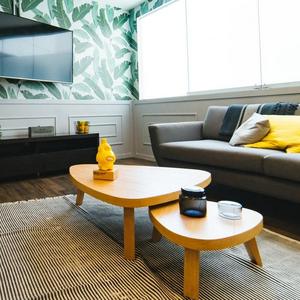 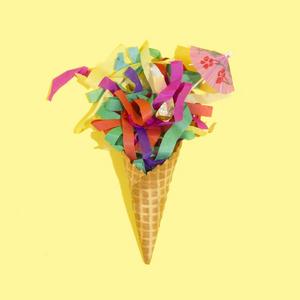 We first met Lizzie as a thirteen year old girl desperate to fit in with the middle school popular crowd. She was a sweet, clumsy, and cute preteen finding her way in the world with the help of her loving parents and annoying little brother. She didn't always understand why her parents didn't allow her to do certain things and was often annoyed by her brother, but she was loyal to them and they, in turn, supported her no matter her lofty aspirations. Her life was fairly typical; not only did she grow up in a nuclear family with two parents and a sibling, but with two best friends. Lizzie, Gordo, and Miranda were a trio who stuck together no matter what, which stood in stark contrast to Lizzie's ex-friend and resident mean girl, Kate.

Lizzie, a slightly above average student, often worried about not finding something in which to excel. However, once she realized she was great at rhythmic gymnastics, she decided happiness does not always rest with what comes easy. She liked the accolades, but not the sport so she eventually quit in favor of finding something she loved to do, even if she had to work hard at it.

Lizzie was looking forward to high school when her eighth grade class took a trip to Europe after graduation. She was soon convinced to fill in for a look-alike pop star, Isabella, when Pablo charmed her into it. She believed every lie he told, which included making Isabella look like a villain. Things eventually came to a head when Isabella confronted Pablo and Lizzie at a concert. She pushed Lizzie to sing with her, showing girl power is greater than any lying charmer.

Lizzie grew up in other ways during her European vacation too. Not only did she gain confidence, but experienced her first kiss when it turned out that long-time friend Gordo was crushing on her.

Lizzie continued onto high school and faced similar trials while growing into a young woman. She was confronted with first boyfriends, first break-ups, peer pressure, identity worries, and all the other pressures that come with being a teenager. She, like many other young women, was so ready to leave for college in NYC when the time came.

She really found her footing in college where she majored in design. She completed both her bachelor's and master's degrees before deciding not to return to her childhood home. She remained in NY to pay her dues and try to make it in interior design.

She is now on the cusp of turning 30 and is an apprentice to an interior designer. She is also engaged to a restaurateur, who owns a SoHo hot spot. However, she is not fulfilled and ready to head home.
ANIMATED LIZZIE

There is a little, animated Lizzie dressed in a pink shirt, jeans, and platform flip-flops that narrates Lizzie's thoughts.
ARRIVES FROM THIS POINT IN TIME.

Lizzie comes to Goodland on the eve of her 30th birthday right after breaking it off with her boyfriend.
PLOT IDEA